Posted on January 20, 2021 by ﬁrst person productions
By Marlene Samuels

Almost everyone in my family had some kind of crazy weird foreign accent, as did almost everyone in our immigrant Montreal neighborhood. Jake, my brother, and I had a saying between us: “If you’ve got an accent and we can’t understand what you’re saying, then you’ve got some big troubles!” 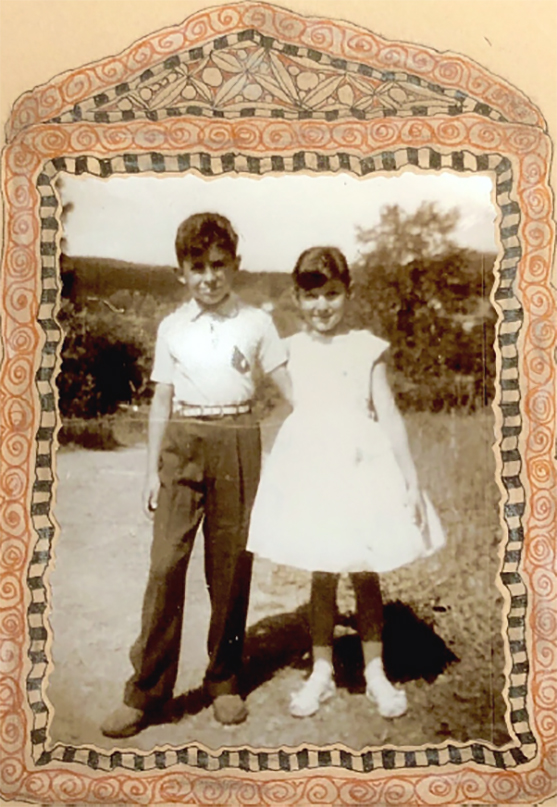 My Polish-Russian father spoke English quite well — at least most of the time except when he got all riled up. At those times, he began to sound exactly like Boris Badanoff from the old Rocky and Bullwinkle hour. My Romanian mother was a dead-ringer either for Zsa Zsa or Eva Gabor. For anyone old enough to remember the Green Acres television show, my mom easily could have been an audio substitute in the event that Zsa Zsa ever developed a serious case of laryngitis.

Then there was our Aunt Esther’s husband, Uncle Sigmund —Ziggy for short. He was a German-Jewish Holocaust survivor utterly incapable of pronouncing the letter “W”. Consequently, “V” and “W” were indistinguishable from one another and to uninitiated listeners, they also sounded like “B”. The most challenging times were when Uncle Ziggy asked for more “vater” at one of our family dinners. He stood a very good chance of being served more butter or vice-versa. Once Jake and I moved out of Ziggy’s earshot, we’d amuse ourselves by impersonating our views of Nazi guards, muttering to each another, “Achh, vee half vayz of making you Chews talk!” Our performance always was followed by our outbursts of hysterical laughter.

Aunt Esther, our mother’s sister, had her own unique linguistic problems. Other than the fact that she, too, sounded like one of the Gabor sisters, Esther was totally incapable of comprehending any difference between “kitchen” and “chicken.” To my aunt, those two words were both interchangeable and indistinguishable from one another. We were accustomed to her asking whether we’d like another piece of kitchen or if we could bring her another towel from the chicken.

Jake and I were particularly amused when our father, with the greatest seriousness, attempted to correct our mother’s pronunciation of English words. During our summer holidays in the Laurentian Mountains, our father cautioned us daily, “Better you should be careful! You need always to look inside from the flowers if you’re going to pick them. Remember, sometimes beans are hiding inside them.” Jake and I couldn’t fathom why our dad thought beans were inside the flowers.

“Do you think someone puts beans in them or maybe where Dad grew up in Poland, beans grew inside flowers?” I asked my know-it-all older brother.

The greatest mystery of all however, continued to be the meaning of that single expression our father invoked during a wide range of events. It was his catchall single phrase — applicable to a multitude of emotions and circumstances: anger, frustration, disappointment, and on a few very rare occasions, surprise or delight. My father modulated his voice when using the phrase so that it suited whatever situation was at hand. We’d been listening to the expression during the entirety of our young lives yet remained baffled about what it actually meant especially because Dad applied it to so many situations.

“Salama witch!” Shouted our father if he dropped his sewing-needle on the speckled linoleum floor of his tailoring shop. “Salama witch, that’s wonderful!” He’d announce when hearing good news. “Salaaama witch!” Screamed my father after he’d spilled hot coffee on his crotch and another time after he’d knocked a glass of water off the table.

At long last, our remarkable day arrived, the day on which Jake and I unwittingly learned the true meaning of Salama Witch.

One beautiful, warm Sunday morning our entire family gathered at our house to have brunch together. Uncle Ziggy and our father had just come out of the house to make a quick run to the grocery store. Jake and I sat on the front steps playing “Fish” with our cousins. The two men approached our father’s massive green Ford and it was at that moment we heard Dad suddenly scream at ear-piercing volume, over and over again, “Salama witch, salama witch! You bastard, you goniff (thief)! Salama witch! What in the hell is going on here?”

He and Uncle Ziggy had come upon our neighbor who was busy syphoning gas out of our father’s car. Where upon Ziggy immediately chimed in, also screaming at full volume, “Son of a bitch is right! Verfluchtener Gauner! (God damned thief),” he screamed in German. “Son-of-a- bitch for sure, you bastard!”